ABC TV Reporter Camryn Justice talks with Mallorca Owner Laurie Torres. She talks about the impact of inflation on her restaurant business while committed to providing quality customer satisfaction. See the content and video below:

CLEVELAND  — There is hardly an area in which inflation has not had an impact, but for restaurants in Northeast Ohio, inflation doesn’t just affect their profits and spending—it also makes keeping customers satisfied more difficult from time to time.

Serving customers for the past 26 years

“Our staffing and food. I was just talking to a customer the other day that chicken that cost me $40 a case six months ago now costs me $160 a case. Lobster that cost me $635 six months ago now costs me $1,985,” Torries said. “So those two are the main costs in a restaurant to start with. And when those both go off at the same time, our margins are only 5-6% It’s very difficult and almost unsustainable.”

Serving customers for the past 26 years, Mallorca has managed to stay strong through the hectic pandemic but is now facing other challenges as inflation hits the industry hard.

“I try not to raise the price too much on the things that I’m paying more for. I’ve had to raise the prices on things just because I need to cover those costs,” Torries said. “We don’t have as much staff as you used to because you can’t pay for the staff and pay for the increase in food. So as a small business owner, you find yourself working more to make up for the extra expenses that you cant afford.”

John Barker, president and CEO of the Ohio Restaurant Association, found in a poll conducted by ORA that 41% of respondents reported a 6-10% increase in food cost since January and 40% of respondents are seeing increases of 6-10% in labor costs.

“They’re really nervous. 91% of people we talked to in our poll said in some way, they’re not comfortable with what’s coming in the future, right? It’s making them very nervous about their business,” Barker said.

Issues facing restaurants could be a sign to come for the rest of the economy, Barker said.

“The restaurant sales trends we watch very carefully because that’s the lifeblood of this industry and but it’s it’s a bellwether of the U.S. economy,” Barker said. “I think we’re beginning to see the early parts of the recession happening across the state and in Cleveland.”

Despite inflation impacting restaurants and consumers alike, businesses are also having to balance raising their prices or working short-staffed because of rising costs with keeping customers satisfied.

Thanking customers for their patronage

“We find with staffing that people get annoyed that you might not be able to sit in the section that you want to sit in, or even on the patio. It’s just not enough staff,” Torries said.

At Mallorca, Torries has put a note on the menu for customers to see as they dine, thanking them for their patronage and explaining the current situation restaurants all over are dealing with.

“I have a letter to customers, it’s right on the menu, that talks about you know how much we love that they’re here and how much we’re honored to be part of the city and that please to be patient because we don’t have the staff that we used to and if you came here 20 years ago, the expectation of what we can do now is different than what we could do then because of staffing issues,” Torries said. “I would say as a customer, be patient and understand that the struggles that you have in the grocery store are the same struggles that we have and the struggles that you see with not being able to sit in a certain area or have things in a certain way. Remember that we just don’t have the staff that we used to, either because we can’t afford them or because they’re just not available to work.”

As for the ORA, Barker hopes that local and national officials work quickly to address inflation so the industry can get back to a sustainable place and restaurants aren’t lost to the rising prices and labor shortages.

“Hopefully inflation comes back down. You know, we really need our elected officials to work on this. This should be an extremely high priority in Washington DC and of course at the State House and our local you know with our local elected officials,” Barker said. “This is a huge industry and we want it to be here, we all want to have our neighborhood restaurants, or mom and pops, or coffee stores, or ice cream shops that are great, poke restaurants, sushi. We want all that right. We’re gonna have to work hard to make sure that they make it.”

THE ABOVE CONTENT – COPYRIGHT 2022 SCRIPTS MEDIA. ALL RIGHTS RESERVED.

To plan your next visit with Mallorca, click to call us for same-day reservations, or submit a online request for a specific date and time.
216.687.9494Schedule Online 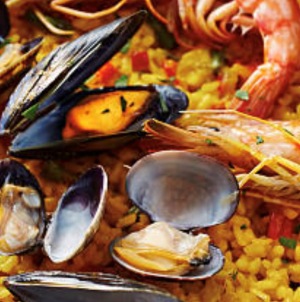 Enjoy the cuisine of Spain and Portugal prepared by our award-winning chef from custom crafted recipies.

We appreciate the many restaurant ratings and reviews we have received from media organizations, local civic groups, and industry leaders from Cleveland and beyond.